Conservative Parliamentary Candidate for Waveney
Peter was first elected to Parliament  in 2010, over turning a Labour majority of 5,915 with a  majority of just 769, 40.2% of the vote and a swing of 6.8% to the Conservatives.  In 2015 his majority went up to 2,400. In JUne 2017 his majority went up to 9,215.  Peter  has lived in North Suffolk most of his life. He currently lives in Wissett and has worked as a Chartered Surveyor in Norwich and Ipswich. Getting out across the area meeting employers has given him a clear understanding of what needs to be done to bring jobs to Waveney.

Peter relaxes by following most sports and he has been an Ipswich Town season ticket holder for many years. A keen squash player; when not meeting people, he looks to be on court most evenings at the Beccles Sports Centre.

Peter's number 1 priority is attracting more jobs to Waveney. This has involved campaigning for better roads and railways [including the 3rd Crossing and the Beccles Loop], superfast broadband and upgrading the electricity network, so that Lowestoft can fully benefit from the great opportunity presented by offshore wind farms.

He has also campaigned to ensure that pensioners get a fair deal, has highlighted the need to get more police back on the streets and has drawn attention to people's desire to protect existing family doctor services.

Improving results in Lowestoft's schools is also important to Peter. 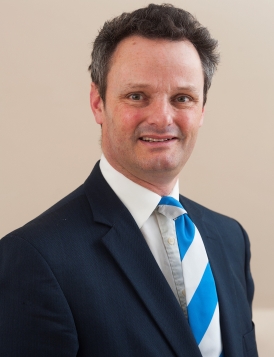