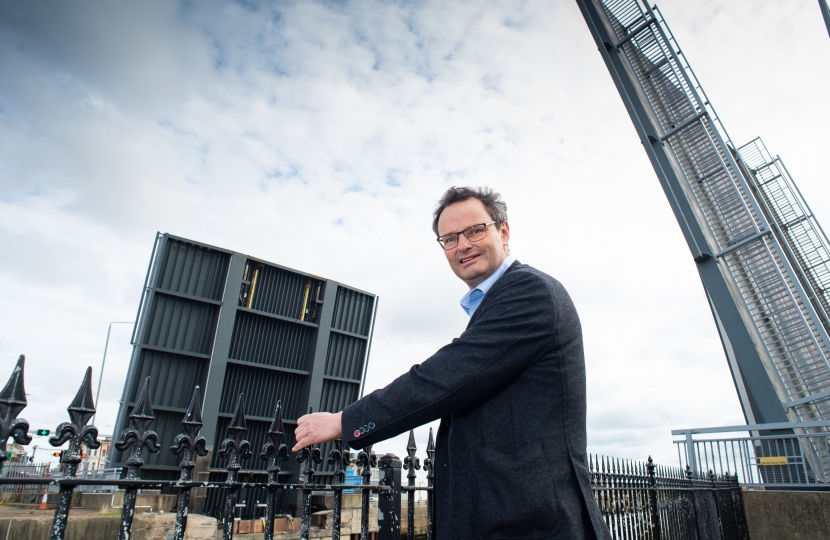 A lot has happened since the Government and Suffolk County Council agreed to provide the funding for the Third Crossing in 2016. Survey work and ground and environmental investigations have taken place, property (including the former coal yard on Denmark Road) has been bought and detailed plans prepared, which in the autumn of 2017 were put out for formal public consultation.

96% of those responding were in favour of the bridge and once the plans had been amended to take account of some issues that had been raised in the consultation, the planning application was submitted to the nationally based Planning Inspectorate, who are the planning authority responsible to the Secretary of State for Transport for schemes of this size and nature.

This period was due to finish on 6 December, which is during the General Election campaign. Electoral protocol that applies during such campaigns means that it is not possible for the decision to be announced on or just before 6 December as was originally scheduled. The decision will therefore be announced after a new Government has been appointed and a new Secretary of State is in office. This delay is disappointing, though in the circumstances it is unavoidable and ultimately it should not lead to any delay in the work starting on the ground in building the bridge.

At present, Suffolk County Council, who are project managing the scheme, are negotiating with construction companies, prior to placing the contract for building the Third Crossing. This procurement process should be completed in the next few months, by when the planning approval should have been received and the work can start, which will take approximately two years to complete. This will mean that the bridge will open in 2022.

Two Years On: Delivering on our Promises

Two years on, we have delivered for Britain. Here's a list of some of our top achievements.