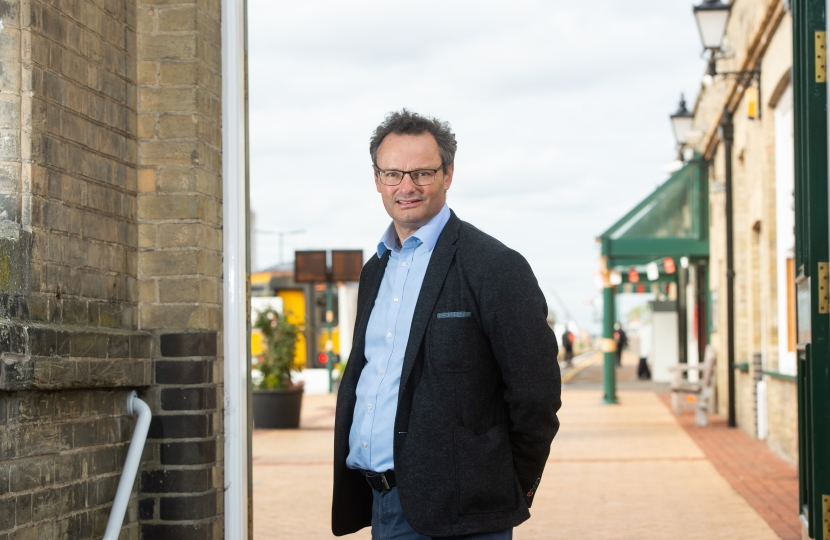 Good progress is being made in upgrading local railway services.

Brand new trains are now being introduced, the Wherry line to Norwich is being re-signalled and through trains from Lowestoft to London Liverpool Street will be re-introduced in the next year.

Great work is being done by the local community in upgrading Lowestoft Station, which will become increasingly attractive as a public transport hub once the Third Crossing has been built and traffic has been taken away from Station Square.

The hourly service on the East Suffolk Line is proving very popular and we now need to take forward plans to reduce the journey time from Lowestoft to Ipswich.

Read about what I have been doing to rejuvenate our precious high streets, one of my key priorities for Waveney.